Every week, numerous eye-catching and potentially transformational innovations are being developed to help businesses and nations turn energy and sustainability ambitions into actions. Here, we round up six of the best.

This week’s green innovations could help drive sustainability action across the transport, food and packaging sectors

It’s been another big week for politics here in the UK, with MPs having voted once again on Monday (April 1) to reject an array of alternatives to a no deal Brexit and to Prime Minister Theresa May’s withdrawal agreement.

While we have, of course, been keeping one eye on all things Brexit here in the edie newsroom, we’ve also continued to produce our usual stream of content aimed at helping you and your organisation to create a more sustainable future, today. Highlights of the week include the launch of our Mission Possible Sector Insight report for hospitality and leisure, the publication of our Sustainability Communications Handbook, produced in association with EDF Energy, and the recording of our green room podcast with Pernod Ricard’s vice president of global sustainability Vanessa Wright.

In tandem, innovators have been moving at a pace as they continue to develop or scale up new products, concepts and systems which could help corporates and governments to lead the development of a resource-efficient, low-carbon, socially equal world. In this weekly round-up, edie outlines six of the most promising green innovations to have emerged this week.

Traditional wind turbines can only capture wind travelling in one direction unless they are steered, and are notoriously inefficient in cities where wind routinely gets trapped between buildings. Fortunately, a solution capable of harnessing wind power in urban regions has been developed by Turkish cleantech startup Deveci Tech.

Called Enil, the vertical axis turbines turn when exposed to either natural wind or breezes created by passing cyclists, cars, taxis, buses and coaches. This wind energy is then converted into electricity which can either be stored in a battery or other storage arrays, or used immediately to power devices such as road signs or air quality monitors.

The developer of the technology claims it works best when positioned next to busy roads or cycle lanes, next to bus or train routes, or along lane dividers on multi-lane highways. The innovative turbines are currently in the early testing phase in Istanbul, where they are being used to power earthquake monitoring systems and weather sensors. 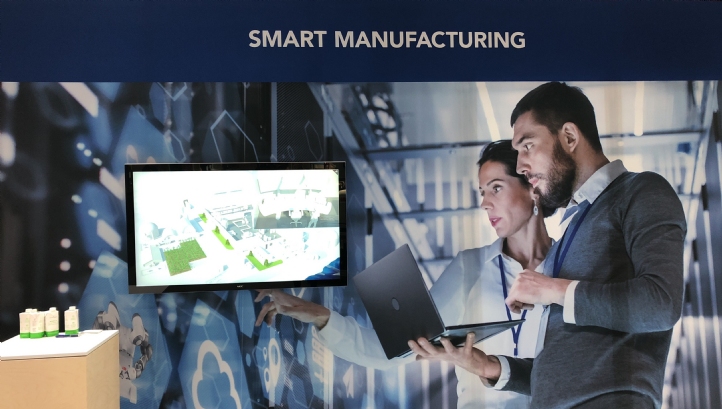 The demand for companies to disclose more information regarding the social and environmental credentials of their products and services has grown rapidly in recent times, and is only set to become weightier as digitisation continues.

It is hardly surprising, then, that technologies which help stakeholders to digitally track information regarding supply chain sustainability, recyclability and nutrition are emerging at a pace. One of the most recent developments in this field comes from Tetra Pak, which this week unveiled its “connected packaging platform”. The tool links individual codes printed on drinks cartons to digital information bases, accessed by scanning the code using a smartphone or tablet.

Once a code is scanned, the platform user will be asked whether they are a producer, retailer or shopper. Producers will be given access to historical end-to-end tracking information, while retailers will be able to view real-time supply chain insights and access a system which alerts them when issues occur. Shoppers, meanwhile, will be told where the product’s raw materials were farmed, where it was manufactured and how to recycle its packaging. The launch follows successful trials among retailers and milk and juice brands in Spain, Russia China, the Dominican Republic and India. 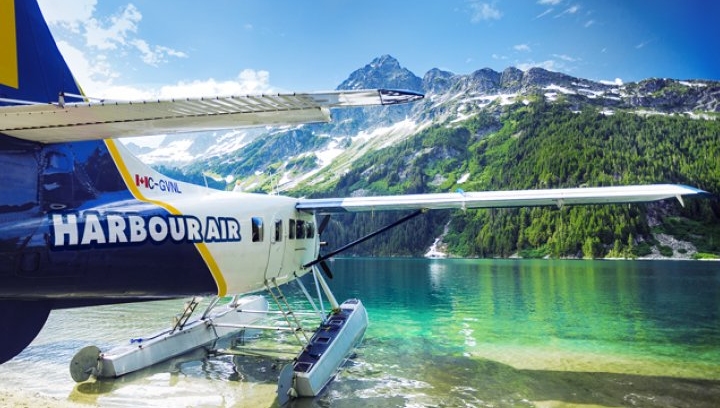 The carbon credentials of the aviation have once again come under fire this week, with news that Ryanair is now one of the EU’s most-emitting corporates having hit the headlines on Tuesday (2 April). The good news is that the development of low-carbon alternatives to traditional aircraft, which mainly consist of either alternative fuels or electrified planes, is now well underway.

One innovation in this field comes from Canadian seaplane airline Harbour Air, which recently partnered with electric transport startup magniX to develop a system capable of electrifying its existing aircraft. The process involves removing the combustion engine and installing a fully-electric 750-horsepower electric motor called the magni500.

Harbour Air expects to conduct its first flight tests of the all-electric aircraft in late 2019, beginning with just the pilot and crew. If the trials prove successful, a large proportion of the aircraft’s entire fleet – which transports 500,000 passengers annually – could be retrofitted in the coming years. 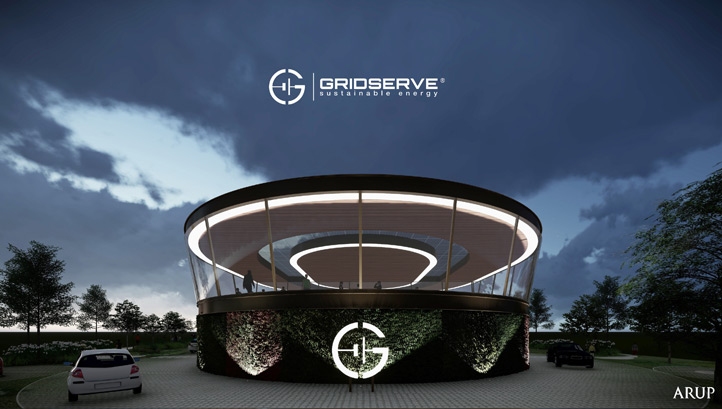 The system combines onsite solar generation, battery storage and rapid EV charging points to help motorists achieve zero-emission recharges for their vehicles. Solar power generated on the site will be mixed with power generated at external Gridserve solar farms before being stored in multi-megawatt batteries. Private fleets, taxis, buses and heavy goods vehicles, as well as passenger EVs, will then be able to plug into this power source using 500kW chargers, which Gridserve claims can deliver a full charge to most vehicles within 30 minutes.

Gridserve has secured sites for 80 forecourts to date and hopes to have 100 forecourts operational within the next five years. The project is set to cost around £1bn. 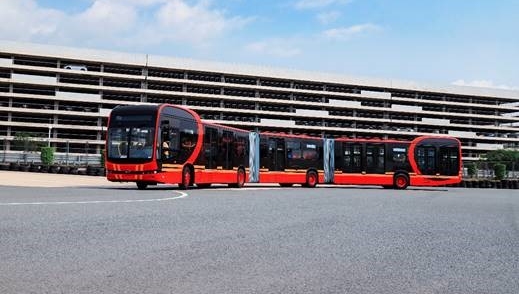 A recent report from Bloomberg New Energy Finance (BNEF) found that the advance of e-buses is likely to be even more rapid than that of electric cars, with 84% of new buses sold set to be electric by 2030. An early sign of this trend can be seen in Shenzhen, China, which last November became the first major city in the world to fully electrify its bus fleet.

Building on this momentum, Chinese automaker BYD Auto this week unveiled a new 27-metre long, fully-electric “bendy” bus at its Shenzhen headquarters. The vehicle is called the K12A and is allegedly the longest pure electric bus in the world, with a maximum capacity of 250 passengers.

The bus has a range of 70 kilometres and, in order to ensure it meets its full range capacity, is fitted with a 4WD battery system that can be switched to 2D by the driver if needed. A battery heat management system and internal energy generation system are also installed – features which BYD claims make the vehicle suitable for a full day’s service. The bus has been designed in line with the requirements of the region’s public transport operators, with BYD hoping it will be taken up within its fleets this year. 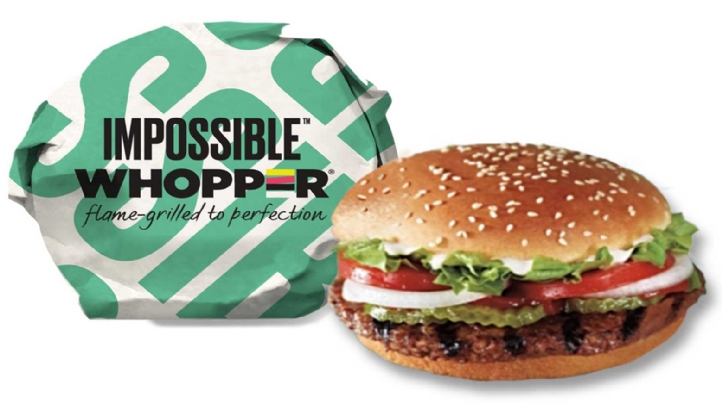 With the alternative protein sector set to be worth $5.2bn by 2020, several companies are investing in creating non-meat alternatives to popular dishes. The likes of Gregg’s, McDonald’s and Marks and Spencer (M&S) recently launched plant-based alternatives to some of their best-selling lines to mark Veganuary, for example, while smaller firms are pioneering innovations such as plant-based breakfast sausages, meat-free “pork” mince and fishless fingers.

It was perhaps to be expected, then, that Burger King would one day launch a plant-based version of it’s most popular beef product, the Whopper. The fast-food chain this week began trialling a “bleeding” vegan whopper at 59 of its St Louis restaurants, after partnering with US-based food manufacturer Impossible Foods to source its “Impossible Burger” patties. The patties are mainly made using a plant protein called heme, which is derived from soybean roots, and designed to mimic the texture of beef.

Burger King claims that the meatless Whopper has 15% less fat and 90% less cholesterol than its beef-based predecessor. The sandwich costs $1 more than a regular Whopper and could be rolled out to all of its 7,200 US restaurants if the trial is a success.

The Impossible Burger has previously received support from rival US-based fast food company White Castle, which made the patties available across all 322 of its North American restaurants last September.