Fish scale plastics and lifts which store energy: The best green innovations of the week

This week’s innovations could drive significant change across the marine transport, aviation and plastics sectors

It’s been another busy week in the sustainability world so far, with Wednesday (5 June) marking both World Environment Day and One Plastic Free Day – both of which are pretty self-explanatory occasions centred around some of the biggest environmental challenges we face in this day and age.

This weekend is set to be no different, with Saturday (8 June) marking the UN’s World Oceans Day.

Amid a backdrop of climate-related strikes and protests and declarations of climate emergency, these events will have served to highlight the scale of the multiple environmental crises facing the world today to businesses, placing even more pressure on organisations of all sizes and sectors to take ambitious and rapid action.

In order for them to do so, many will need access to emerging technologies which could help them deliver a low-carbon, resource-efficient and more socially equal future. Here, we round up six of the best products, concepts and systems which could help with these transformations. 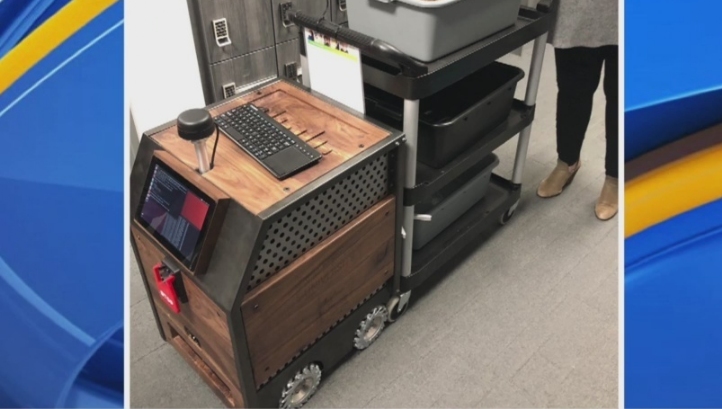 As the fruits of the Fourth Industrial Revolution continue to alter how businesses interact with society, the global robotics sector is poised for a boom, with public and private collectors across the world set to funnel $135.4bn into robotic technologies during 2019.

The early signs of this trend can be seen in North Carolina, where, as it strives to make its 12-builfing research headquarters a ‘zero-waste-to-landfill’ facility, technology giant Cisco has ‘hired’ a robot member of staff to help make workplace meals more sustainable. Called C15CO, the two-foot-tall automated robot is programmed to navigate the office and transport dishes to the facility’s kitchen for cleaning. It is hoped that the use of the robot will encourage staff to use reusable containers and dishes for their meals, rather than purchasing alternatives housed in single-use packaging.

The robot cost $11,000 to develop, pilot and implement – $10,000 of which was contributed by Cisco, with the remaining funding given as a grant from North Carolina State.

Plastic made from fish skins 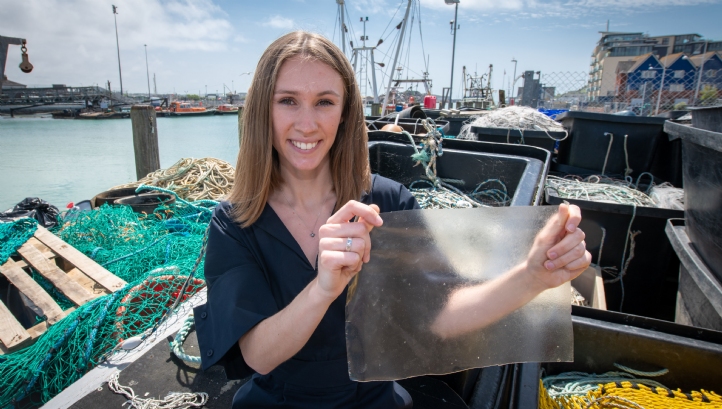 This Wednesday (5 June) marked campaign organisation A Plastic Planet’s #OnePlasticFreeDay – an event aimed at encouraging individuals to ditch all single-use plastic items for one day, with the hope of this spurring wider discussion and action of the 8-12 million tonnes of plastic believed to be seeping into oceans globally every year.

It is timely, then, that the day also saw Sussex-based product design researcher Lucy Hughes unveil a new fossil-fuel-free alternative to traditional plastics, which is made from protein and fibres extracted from fish scales and red algae. The material, called MarinaTex, is biodegradable and home-compostable, breaking down completely outside of industrial conditions in around a month. Hughes claims the material is stronger than a standard single-use plastic carrier bag and that it degrades in nature more rapidly than bioplastics made from corn starch.

Only a small amount of the material currently exists, as it was developed by Hughes as part of her undergraduate degree. However, she is keen to develop the idea further and scale up production with the backing of business. If this were to happen, she believes that the skin of one Atlantic cod could produce up to 1,400 carrier bags and that production costs would be equivalent to those associated with traditional flexible plastics. 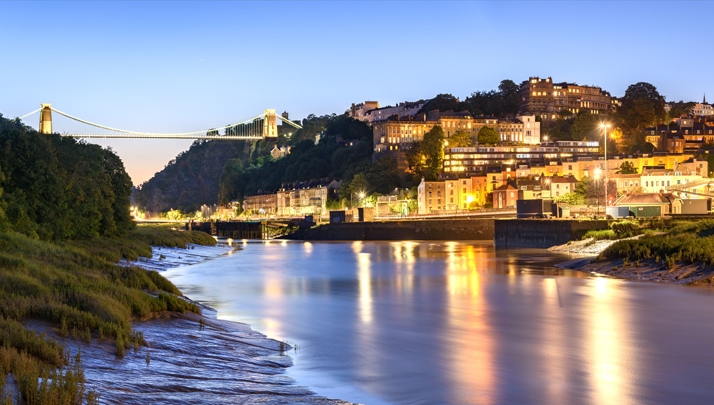 Acting as a digital ledger, blockchain creates a verifiable audit trail that can be used for any transaction, and this is where its impact on sustainability begins to take shape. It’s already being used across the business community for a wide range of ethical, social and environmental issues like ensuring supply chain sustainability, enabling peer-to-peer energy trading and offsetting carbon emissions.

This week saw Bristol City Council become the latest organisation to use the technology to accelerate its sustainability progress. The local authority has partnered with EnergiMine to reward council employees who partake in sustainable actions by using the EnergiToken (ETK) blockchain platform. ETK uses blockchain technology to incentivise actions that promote energy reduction, clean transport use and social cause initiatives. Employees can earn tokens to spend on rewards or donate the equivalent value to a registered charity.

The move comes as the local authority is striving to make Bristol a carbon-neutral city by 2030. 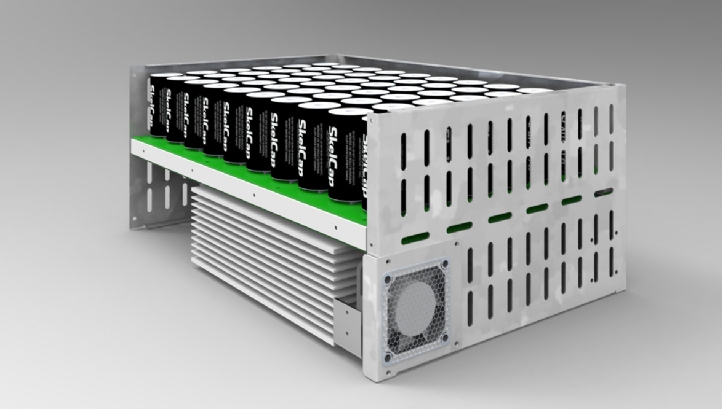 With organisations across the built environment sector turning  their attention towards reaching net-zero operational emissions – largely due to movements convened by the World Green Building Council and its national branches – innovations which could help businesses cut the amount of energy they source from the grid are emerging at a pace, from city-proof wind turbines to ground source heat pumps.

Building on this trend, energy storage firm Skeleton Technologies and Spanish electronics company Epic Power have collaboratively developed a system they claim can halve the power consumption of lifts, The system uses a graphene battery and ultracapacitor technology to capture and store the energy which is usually used when lift braking is activated, ready for use the next time it is operated.

The storage element of the system, which can be applied to new lift installations or retrofitted in existing infrastructure, typically has a capacity of up to 15kW. Multiple systems can be installed in parallel if more storage is needed. The system has already been installed across several public, residential and commercial properties in mainland Europe, with the two companies behind the technology hoping to use the results of these pilots to scale up sales.

Since 2013, more than 170 countries have reached an agreement to reduce CO2 emissions from their respective maritime sectors by at least 50%, against a 2008 baseline, paving the way for low-carbon boating innovations.

Electric ferries are among the technologies which seem to have emerged rapidly in recent years, with Stena Line having invested heavily in this area. However, rudimentary forms of the technology traditionally suffered from low power capabilities and short ranges. In a bid to overcome these barriers, Finnish technology manufacturer Danfoss Editron has developed what it claims is the most powerful fully electric ferry in the world. Called Ellen, the 60-metre vessel is fitted with a 4.3Mwh lithium-ion battery pack which powers 750kW propulsion motors and two 250kW thruster motors.

It is capable of travelling at speeds of up to 15.5 knots and can carry up to 198 passengers and 31 cars or five trucks at any one time. Danfoss Editron says the vessel will begin being used for passenger operations later this year, covering the 22-nautical-mile crossing between the islands of Ærø and Fynshav.

Renewable jet fuel made from air 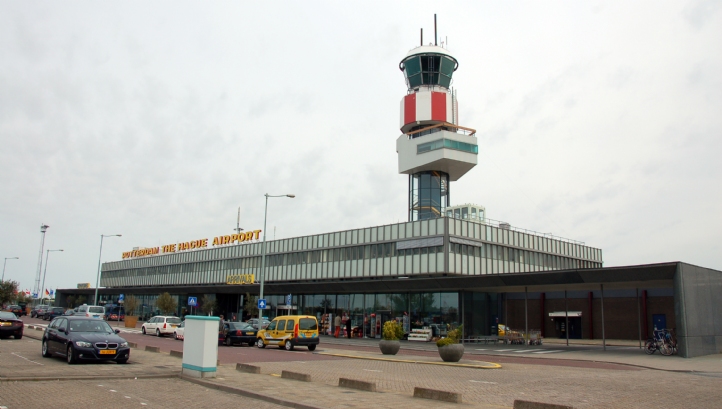 Aviation is widely regarded as one of the hardest-to-abate sectors, accounting for 2% of all global carbon emissions and 12% of the transport sector’s greenhouse gas (GHG) emissions. The good news is that, in the midst of the ‘flight-shaming’ movement championed by teen activist Greta Thunberg, companies are beginning to develop innovations such as low-carbon jet fuels and fully electric passenger aircraft.

Now, a research consortium led by The Hague Airport is striving to go one step further and develop a renewable jet fuel with air as its main ingredient. The team behind the project believes that such a fuel could be created by capturing CO2 from the air using direct air capture, transforming it into syngas through electrolysis and converting this syngas into synthetic hydrocarbons using a contained chemical synthesis procedure.

The technologies needed to complete this process are being provided by a consortium of companies including Climewroks, Fischer-Tropsch, EDL Anlagenbau Gesellschaft GmbH and Ineratec. The Hague Airport’s aim is to unite these actors in developing a demonstration capable of producing 1,000 litres of the innovative fuel every day, before working to commercialise the system.