This week’s innovations could drive significant positive change across the agri-food, plastics and energy storage sectors

To say that it’s been an extremely busy and exciting week here in the edie office would be an understatement. As well as providing exclusive interviews from the likes of Procter & Gamble (P&G), Farfetch and Project X Global, we’ve been prepping away for edie Live 2019 – our flagship two-day show, which is taking place at Birmingham’s NEC next Tuesday and Wednesday (May 21-22).

Under the theme of “turning ambition into ACTION”, we will be bringing conference attendees the inspiration and solutions needed to achieve a low-carbon, resource efficient and profitable future for their organisation, through a packed agenda of talks, workshops, thinkathons, hackathons and one-on-one consultations.

Of course, most organisations will be turning to innovations – whether they are already proven, scaling up or merely a futuristic idea – as part of their green ambitions. This round up therefore highlights six of the concepts, products, systems and services which could help businesses and nations lead the creation of a more resource-efficient, low-carbon, socially equal world. 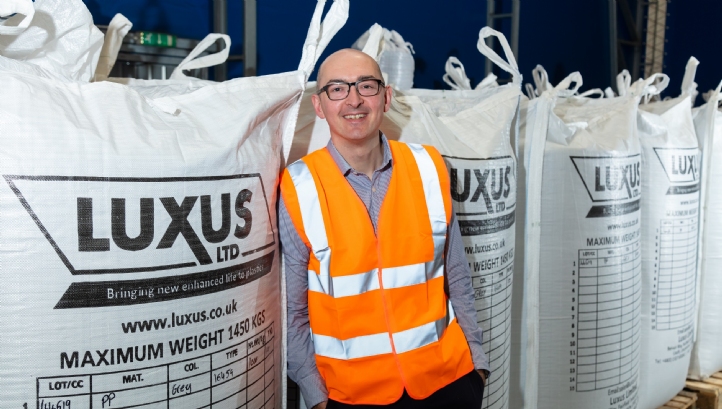 With the war on plastic showing no sign of slowing down any time soon, several of the world’s biggest companies – including PepsiCo, Nestle and Coca Cola in the food and drink sector, and P&G, Unilever and Henkel from the consumer goods sector – are now either including, or targeting, high proportions of post-consumer recycled (PCR) plastic for their packaging.

At present, however, that is easier said than done. Colour, substance and odour contamination often prevents recycled plastic streams from meeting the standards required for new packaging on, for example, soft drinks, shampoo or laundry detergent.

In a bid to overcome this challenge, plastics compounder Luxus is developing a method for measuring, identifying and stripping odours from plastic waste streams, so they can be adopted across expansive and high-value materials markets. The firm will work with researchers from the University of Lincoln to develop a “test house” where common odour species will be identified and logged. Processes to remove them from the “scent memory” of PP and PE using chemical solutions, will then be developed.

The initial test project will run for 30 months and is being funded by an £840,000+ grant from Innovate UK. Once it is complete, Luxus is hoping to open a commercial-scale reprocessing plant using the method, which is claims will divert 25,000 tonnes of waste plastics from landfill and incineration annually. 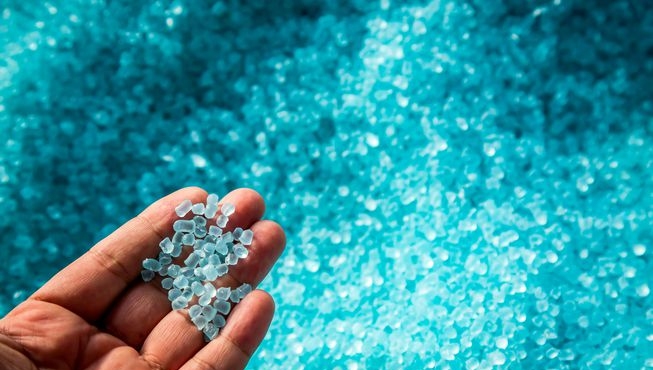 Aside from odour contamination, the fact that most plastics can only be recycled a few times before they noticeably deteriorate in quality is another key barrier to a circular economy for the material. PET can be recycled around seven to nine times, while PVC is likely to survive just two or three reprocessing cycles.

It is hardly surprising, then, that there has been a lot of buzz in the packaging and plastics industry about a new material called polydiketoenamine (PDK), which purports to be infinitely recyclable. Developed by scientists at California’s Lawrence Berkeley National Laboratory, the material has a different molecular structure to most polymers, meaning its monomers will separate when it is placed in an acidic liquid solution. These monomers can then be recovered and mixed with other additives to form recycled or upcycled materials of a high quality.

The team behind the innovation have already succeeded in producing small quantities of the material and processing it into both flexible and rigid plastics. They are now hoping to adapt the formula to create textiles, liquids and foams, before scaling up production and potentially marketing it.

Bloomberg New Energy Finance (Bloomberg NEF) has predicted that EVs will account for more than half of new car sales by 2040, with its most recent analysis finding that “the EV revolution is going to hit the car market even harder and faster” than it anticipated in 2017. But several recent studies have concluded that business fleet operators and individual motorists alike still view a lack of charging infrastructure and the typically low range offered by most EVs as key barriers to making the e-mobility switch.

Enter the Lightyear One – a solar-powered passenger car with a maximum range of 800km (497 miles). Developed by Dutch EV startup Lightyear, the five-seater vehicle is fitted with a solar roof and a battery system which enables 600-800km of range, depending on the speed at which the vehicle travels and the terrain which it travels along.

Lightyear claims that the four-wheel -drive model is capable of charging two to three times faster than existing EVs. According to the company, its battery system can receive up to 400km (248 miles) of charge by being plugged into a standard socket for eight hours. The EV is additionally capable of topping up its own battery by self-charging using its rooftop solar array.

After initial designs for the EV were published late last year, a prototype of the car will be unveiled next month. The first of the vehicles will then be delivered to customers during 2020. 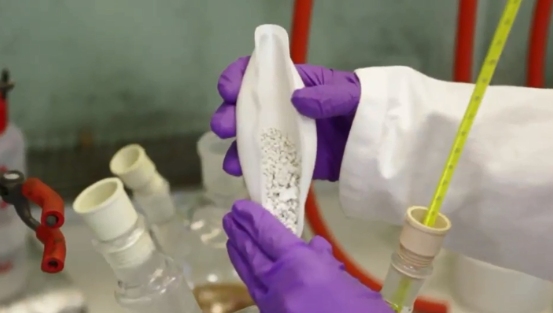 While the business case for hydrogen technologies is still in its infancy, experts from across the technology and science spheres are touting it as a key component in delivering a net-zero power sector and achieving the targets listed under Sustainable Development Goal (SDG) 7: Clean Energy For All. Several solutions aimed at helping to unlock the benefits of hydrogen have therefore emerged in recent times, including hydrogen-electric pedal bicycles, heavy goods vehicles (HGVs) fitted with hydrogen fuel cells and even closed-loop hydrogen made from waste eggs.

Building on this trend, cleantech startup H2GO is currently working to develop hydrogen energy storage units each capable of holding enough power to meet the demands of a large school or hospital. Inside each of the units are a series of “sponges”, made from a nanoparticle-based “smart” material that is capable of producing hydrogen through hydrolysis when exposed to chemical hydrides. The porous devices then trap the hydrogen in their polymer frameworks until heat is applied to release it.

H2GO claims that the units, each the size of a shipping container, will be able to store hydrogen for at least eight hours at a time. They will be fitted with Artificial Intelligence (AI) systems to ensure optimal storage conditions and cost-efficient re-charging and release. The company currently has a patent pending for both the “sponges” and the units in which they will be connected. It believes they are a viable and scalable solution for off-grid communities in developing nations, as well as for facilities looking to shift to diesel-free backup generation and storage. 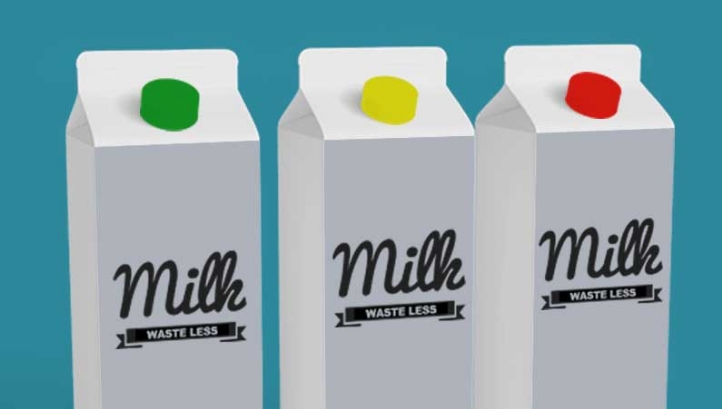 Food waste has been something of a hot topic in the UK this week, with the Government having used a summit at London’s V&A Museum on Monday (13 May) to launch a new commitment aimed at encouraging businesses, non-profits and individuals to halve their food waste outputs by 2030, in line with the SDGs.

But with the vast majority of the nation’s food waste mountain of 10.2 million tonnes annually being accounted for at consumer level – and with rapid population growth placing more of a strain on global food systems – the onus is now on innovations to develop systems and products which prevent food wastage at home and in workplaces.

One such product comes from Washington State University, where researchers at the College of Agricultural, Human and Natural Resource Science have developed a material which changes colour when exposed to volatile organic compounds (VOCs) – the chemicals created as microbes grow on dairy as it spoils. Made from a mixture of Schiff’s reagent, a substance which changes colour when it detects volatile organic compounds, and silicon dioxide, the liquid can be used to coat packaging such as milk bottle tops to tell users when their product is about to spoil. It is naturally purple and changes to a shocking pink in the presence of a high concentration of VOCs.

Given that around one-fifth of all dairy products produced globally are believed to be wasted, largely due to their short shelf lives, the research team sees the innovation having wide-reaching applications across the food and beverage industry. They are now working to integrate the material into a more sophisticated sensor capable of telling consumers how many days there are left until their dairy spoils. 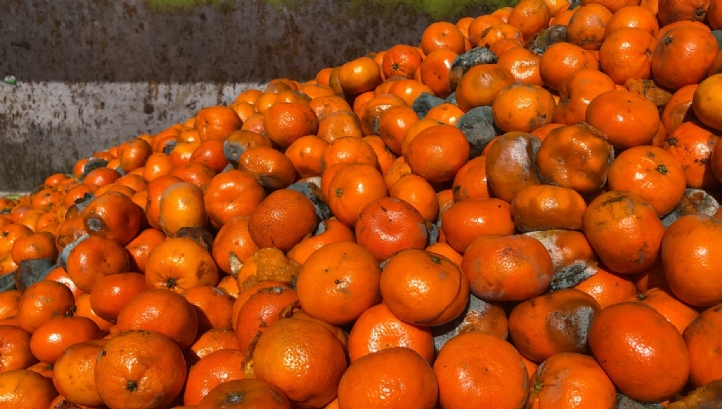 Also on the topic of food waste, citrus fruit supplier AMT Fruit has this month forged a partnership with insect firm AgriGrub to repurpose its surplus fruit into non-toxic products which keep garden pests at bay.

Under the partnership, AgriGrub will buy fruits which are not considered fit for human consumption from AMT Fruit and use it to feed the larvae of black soldier flies. The larvae will then be sold to pet food distributors as feed for reptiles, and a by-product called frass extracted from their excrement. Frass is naturally nutritious for plants and has bug repellent properties and will be used by AgriGrub to make a liquid insect repellent with no chemical toxins.

AMT Fruit has already agreed a deal with Tesco to sell more of its “wonky” produce – items which do not meet supermarkets’ traditional aesthetic standards – through the supermarket’s ‘Perfectly Imperfect’ and ‘Waste Not’ ranges. However, its UK operations still produce 2,000 tonnes of waste each year – most of which will now be harnessed to make the bug repellent.