Renewable energy jobs in UK plunge by a third


The number of jobs in renewable energy in the UK has plunged by nearly a third in recent years, and the amount of new green generating capacity by a similar amount, a new report seen by The Guardian has found. 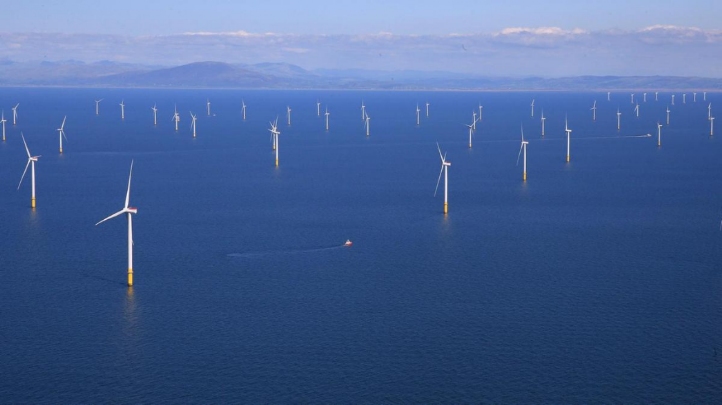 Prospect, the union which covers much of the sector, has found a 30% drop in renewable energy jobs between 2014 and 2017, as government cuts to incentives and support schemes started to bite. It also found investment in renewables in the UK more than halved between 2015 and 2017.

The union compared the situation to the devastation caused to coal mining communities in the 1980s and demanded instead a “just transition” to clean energy.

The Prospect report analysed and collated data taken from various sources, including the government, surveys and industry.

Prospect’s senior deputy secretary Sue Ferns told the Guardian: “The government’s market-led approach has failed, and resulted in offshoring green jobs while UK workers are left behind. Without a proper industrial strategy from the government that promotes low-carbon generation like renewables and new nuclear, we will be unable to secure the future of our energy supply, which is under threat in the coming decade.”

The focus on Brexit had not helped, she added. “The government’s tunnel vision on Brexit means the real challenges facing our country have been neglected for too long. We need a sensible deliverable strategy that provides a stable long-term pathway to decarbonisation.”

The drastic fall in jobs came as the government effectively shut down schemes that rewarded consumers for buying solar panels, withdrew subsidies for onshore wind and reduced incentives for low-carbon energy. Ministers have argued that as the costs of renewable energy have fallen sharply in recent years, the industries should no longer rely on public subsidy, but multiple redrawings of government schemes in recent years have helped to create turmoil and a lack of certainty for companies.

Government support has taken the form of various schemes across the last decade, including feed-in tariffs (FiTs) for consumers with solar panels, a renewables obligation forcing the big energy suppliers to invest in renewables, and most recently, contracts for difference (CfD). The latter was meant to overhaul the whole energy sector by setting up auctions by which companies would bid for generation contracts favouring low-carbon energy, but early troubles meant dirty energy such as diesel generators were often the inadvertent winners, and while the scheme still operates it has enjoyed little support from successive chancellors.

Between 2016 and 2017, there was a sharp fall in investment in UK renewables, which fell 56% to the lowest level since 2008, according to the as-yet-unpublished Prospect report that has been seen by the Guardian. Last year, the annual rate of addition of renewables capacity fell to its lowest level since 2012, which the union said was driven by the collapse in solar and onshore wind deployment. Without the significant rise in bioenergy capacity that took place in 2018, the fall in new renewables would have been much greater, the union said.

While some sectors have remained buoyant, such as offshore wind, new capacity in onshore wind in England slowed markedly after the government withdrew financial support and changed planning laws to make the construction of wind farms more difficult.

Luke Clark, head of external affairs at the trade body RenewableUK, said: “We’re expecting the number of direct jobs in offshore wind to treble to 27,000 by 2030, as part of the landmark offshore wind sector deal we’ve agreed with the government, as this provides long-term certainty for the industry. However, as onshore wind remains excluded from government-backed auctions for contracts to generate power, the UK is missing out on employment and investment opportunities offered by this technology. The auction process has also failed to bring forward new technologies like tidal energy projects, so there is huge potential to ramp up employment in renewables as we move to net zero emissions.”

The trade union said the dismal picture for jobs in much of the sector contrasted with government rhetoric on issues such as moving to a net zero carbon target and parliament declaring a climate emergency.

Ferns told the Guardian: “Successive governments have promised us a green jobs revolution, but after an initial upsurge we have now started going backwards. This is deeply worrying for the future of the energy sector and for low-carbon jobs in the UK.”

She added: “The Committee on Climate Change has recommended zero carbon by 2050 and others are pushing for even more ambitious timescales. We need a just transition for all the workers affected and this means we need to work proactively to ensure that the damage inflicted on coal communities in the 1980s is not repeated.”

The Department for Business, Energy and Industrial Strategy (BEIS) did not respond to the Guardian’s request for comment.

This article first appeared on the Guardian

edie is part of the Guardian Environment Network