This week’s innovations could drive positive sustainability change across the fashion, recycling and energy sectors

It’s been a week of news which no-one could have predicted when edie was first founded 20 years ago, with Extinction Rebellion’s ongoing protests in London and Greta Thunberg’s speech to MPs dominating many of the tabloid headlines.

This will no doubt be an exciting yet introspective time for any sustainability or energy professional. On the one hand, these moves could signal that public awareness and engagement with key climate and social issues has grown to the point that people will now engage with the green economy to co-create solutions. On the other, several key groups are now loudly calling for the abolition of the business sector in its entirety, arguing that doing so is the only way to safeguard the future of humanity and the planet.

Amid this turbulent cultural and political backdrop, demand for products, concepts and systems which could help corporates and governments to lead the development of a resource-efficient, low-carbon, socially equal world are undeniably growing. 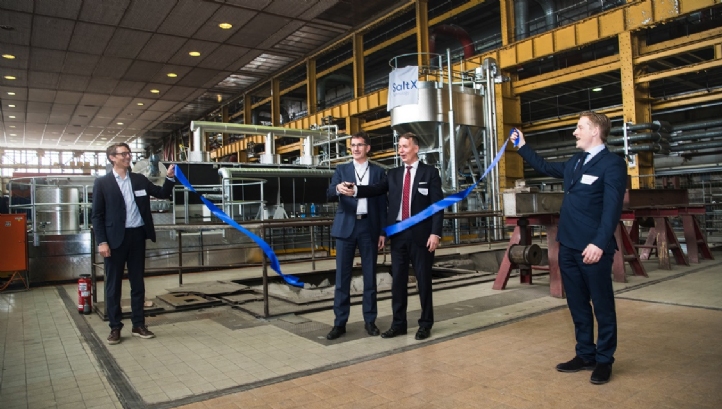 As more renewable energy arrays come online across the globe, and with battery prices plummeting, energy storage is widely regarded as one of the essential technologies for decarbonising the power sector. But with concerns about the technical capabilities of lithium-ion batteries – and the ethical and environmental impacts of the metals used to make them – innovators are now beginning to explore a range of alternatives, from silicon siloes and liquid air facilities to ammonia-based storage.

Continuing this trend, Swedish energy giant Vattenfall has teamed up with technology firm SaltX to pilot a 10MWh “salt battery” at one of its facilities in Berlin. The device contains nano-coated salt crystals, which are heated using renewable electricity. The heat from the charged salt is kept in using insulation until the user chooses to release it, either as hot air or steam.

SaltX claims that, during previous trials of the system, it was found to store up to ten times as much energy as comparable water-based storage arrays. It additionally claims that the battery can be charged several thousand times without damage and store energy for months with minimal losses.

The move from Vattenfall, which will see the device fitted as part of its project to convert the Reuter thermal coal power plant in Spandau into a power-to-heat plant, will mark the first real-world trial of a full-scale battery. Vattenfall will measure the amount of salt used, how quickly the storage medium reacts and how easily it can be controlled before deciding whether to use salt batteries in other projects. 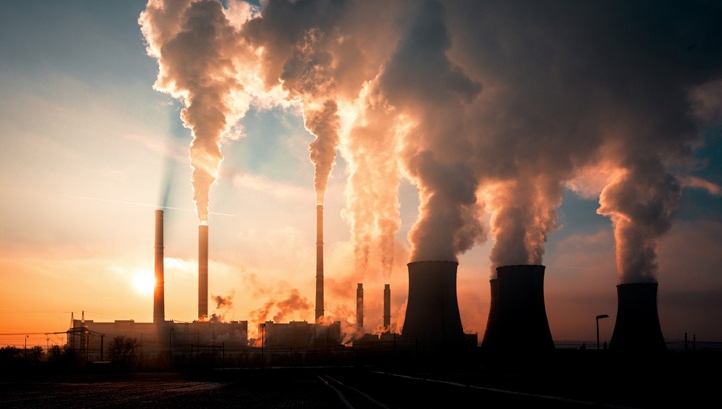 In the UK, the marketplace for removal and capture methods has slowed, with Ministers facing continued criticism over their 2015 decision to axe a £1bn competition fund for carbon capture and storage (CCS) – a move which may cost the UK an additional £30bn if it is to meet its 2050 carbon targets.

The same can’t be said for Finland, where a string of businesses have partnered with global financial solutions firm South Pole and Swedish bank SEB to launch a new marketplace for science-based CO2 removal certificates. The venture, called Puro, is currently developing verification methodologies for atmospheric CO2 removal.

Acting as a voluntary market mechanism, it will create verified and tradable CO2 Removal Certificates (CORCs) certifying that one tonne of CO2 that has been removed or captured. Certificates will be offered to removal methods used in wooden and carbonated building elements and biochar for soil improvements, with the first auctions set to begin in May or June. Early business backers of the venture include dairy firm Valio and Estonian legal services firm Hedman Partners. 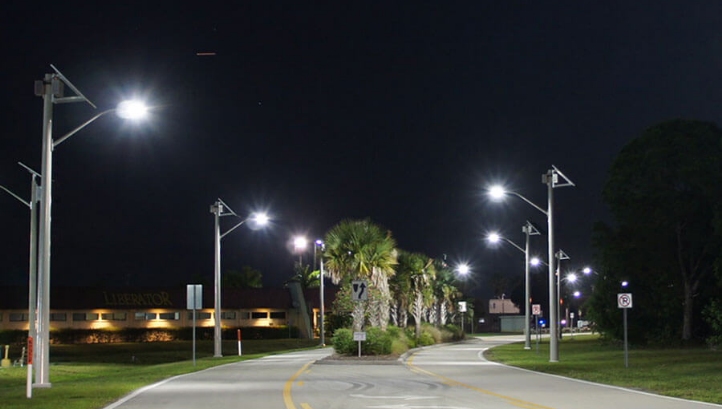 As urban populations grow across the globe, with the UN estimating that cities will be home to 2.5 billion more people by 2050 than they are today, developing nations such as Uganda are struggling to budget for rapid improvements to public services in line with population movement.

In a bid to encourage governments and local authorities in such areas upgrade their street lighting in a low-cost and low-carbon way, researchers at the University of Leeds recently undertook a study into the benefits of investing in solar lighting. They found that Kampala could save $35,000 per month on energy bills by switching to 100% solar street lighting, and that initial installation costs would be $1m higher for traditional street lamps than solar alternatives.

Given that just 8% of the city’s street lamps currently function as planned on a regular basis, further benefits predicted include greater energy security and reduced crime rates. The Leeds team also found that the installation of solar street lamps in Kampala would open up 42,500 hours of work per day for street vendors, enabling the creation of up to 4,000 new jobs.

Solar street lamp technology already exists but is yet to be installed at a city-wide scale, largely due to concerns surrounding the reliability of outputs and the cost of dismantling and replacing existing systems. 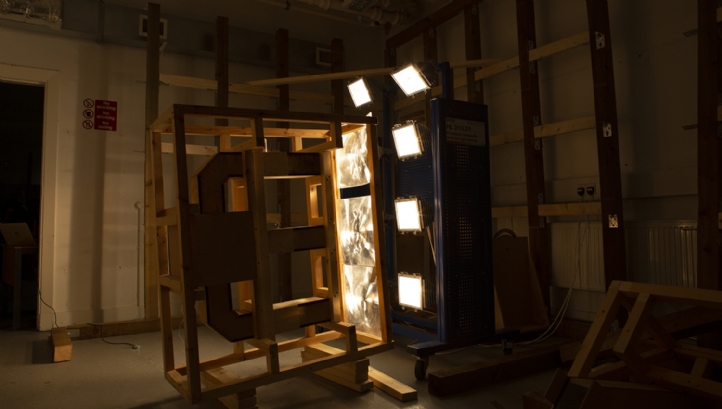 Also on the subject of solar solutions for developing nations, researchers at Nottingham Trent University has developed an in-home solar cooker which could help families in arid countries cook off-grid without burning kerosene or wood.

The device works by capturing sunlight on the roof or exterior walls of a property and concentrating this energy using Fresnel lenses, reflecting it into the centre of a highly-insulated oven with an aluminium interior and external walls made from thermal bricks. The oven is fitted with a sensor that provides live data on temperature, and a dial that enables the user to control the temperature be reflecting the light energy.

A prototype of the oven, which is fitted with three Fresnel lenses, was recently tested at the university and achieved a temperature of 60C, safely cooking an egg. The researchers behind the device believe that a user in Kuwait could achieve a temperature of 200C using the same number of lenses. 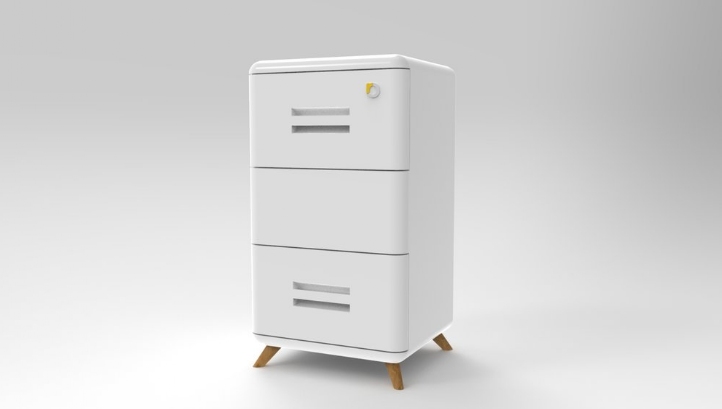 Solutions to help companies bridge the plastics recycling gap by removing dyes and other contamination have begun to emerge at a pace in recent times, with Procter & Gamble (P&G) and Nestle both investing in a chemical recycling process that restores used plastics to “near-virgin” quality and a coalition of supermarkets having teamed up in a bid to develop tech-led solutions for processing black plastics.

The drive for innovative solutions to the plastics problem is also capturing the attention of the startup sphere, with California-based firm Recircle having recently unveiled designs for its domestic plastics sorting and recycling appliance. The device uses a network of sensors to direct deposited items into the correct container, based on whether its PET plastic, HDPE plastic, glass or aluminium. Items outside of these categories will not be accepted and will be given back to the user.

Once the waste streams have been collected, the appliance cleans the items and removes any labels before processing them into high-quality, mono-material products. The idea is that the user can then either re-incorporate the material into new products themselves or sell them for a high value.

ReCircle is currently crowdfunding £500,000 to build a prototype of the appliance and to then roll our a network of the devices across California. The company hopes to raise this sum by mid-May. 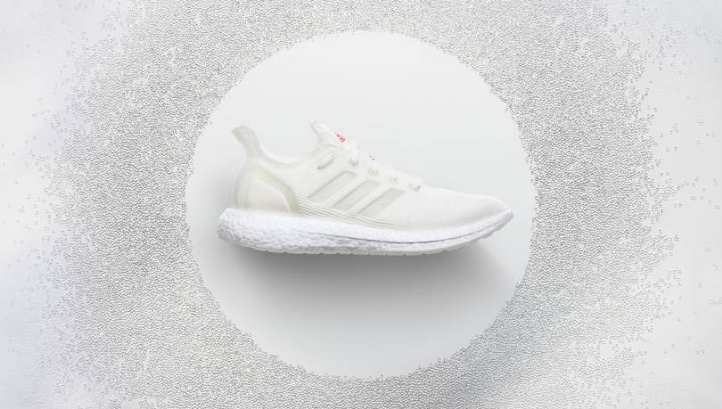 Following the success of its ocean plastic trainers, which contain 95% post-consumer recycled (PCR) plastics sourced from ocean and beach clean-ups, sportswear brand Adidas has this month unveiled its first “mono-material” shoe – a running trainer which can be recycled whole.

Called Futurecraft.Loop, the shoe is made entirely from one strain of thermoplastic polyurethane (TPU). This enables the end-of-life trainer to be placed into a recycling machine whole, where it is ground down into fine pellets before being melted. The recycling process is being overseen by Adidas’s recycling industry partner firm ASF, which claims that the processed material from this method retains the quality and purity needed to incorporate it in new footwear again.

Adidas is currently using around 300 of its staff and 200 journalists to test the new Futurecraft.Loop shoes, in a bid to determine whether they meet the company’s requirement of a minimum 500-km walked lifespan. A limited-edition commercial run of the footwear is then expected to be launched in 2020, with Adidas’ long-term aim being to scale-up the supply chain of recycled TPU and to potentially launch a closed-loop running shoe subscription service.